When the best golfers in the world need to work with a specialist putting coach, they call Phil Kenyon.

To date, ten Major-winners, 22 Ryder Cup players and 43 Tour winners have sought his advice on putting.

With season-long performance coaching resulting in multiple FedEx Cup and Race To Dubai victories, over 70 Tour wins, including 4 majors, on the PGA Tour and European Tour, Phil Kenyon is modern golf’s most sought-after putting specialist.

Alongside his experience as a Tour golfer himself, Phil’s Master’s Degree in Sport Science and BSc (Hons) in Applied Psychology and Sport Science equip him with a proven ability to coach the physical, mental, and competitive aspects of the sport like no other putting coach in the world.

Phil is also a Master PGA Professional. A status awarded to him by the PGA of Great Britain for his achievements and excellence in the field of coaching. One of the youngest PGA professionals to achieve the status. 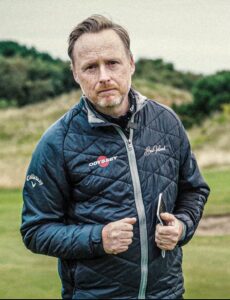